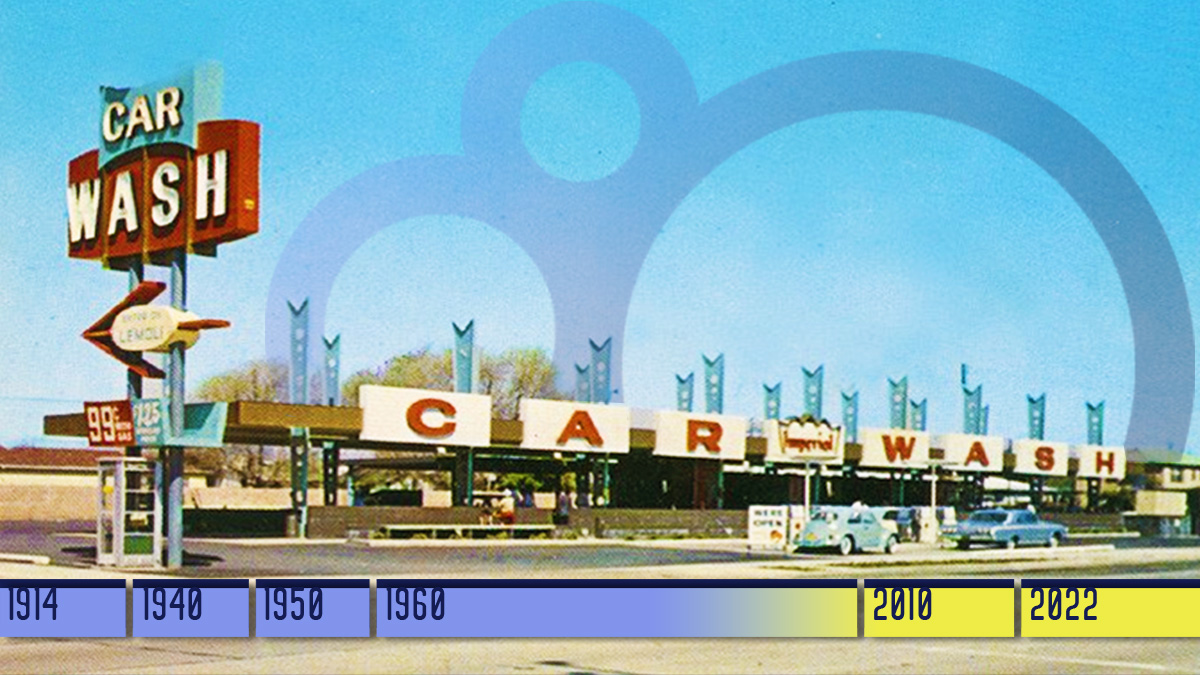 Welcome back to school, everyone! Today's History Class will explore the century-long history of the car wash industry, cover some of its important milestones, and show how they helped lead us to where we are today!

Contrary to popular belief, the Flinstones DID NOT invent the car wash:

However, the history of the automatic car wash has been a long one. In fact, the International Carwash Association celebrated the 100th Anniversary of the Car Wash Industry in 2014. It's no surprise that it has taken decades to perfect car washing, but we've come a long way since the very first car wash was invented in 1914. Let's take a look!

The first car wash opens in Detroit — a fitting place considering Detroit's place as Motor City and the birthplace of Ford and the Model-T. Called Automated Laundry, the wash wasn't actually automated at all. Cars were manually pushed through a tunnel while three men serviced the car. Talk about full service! 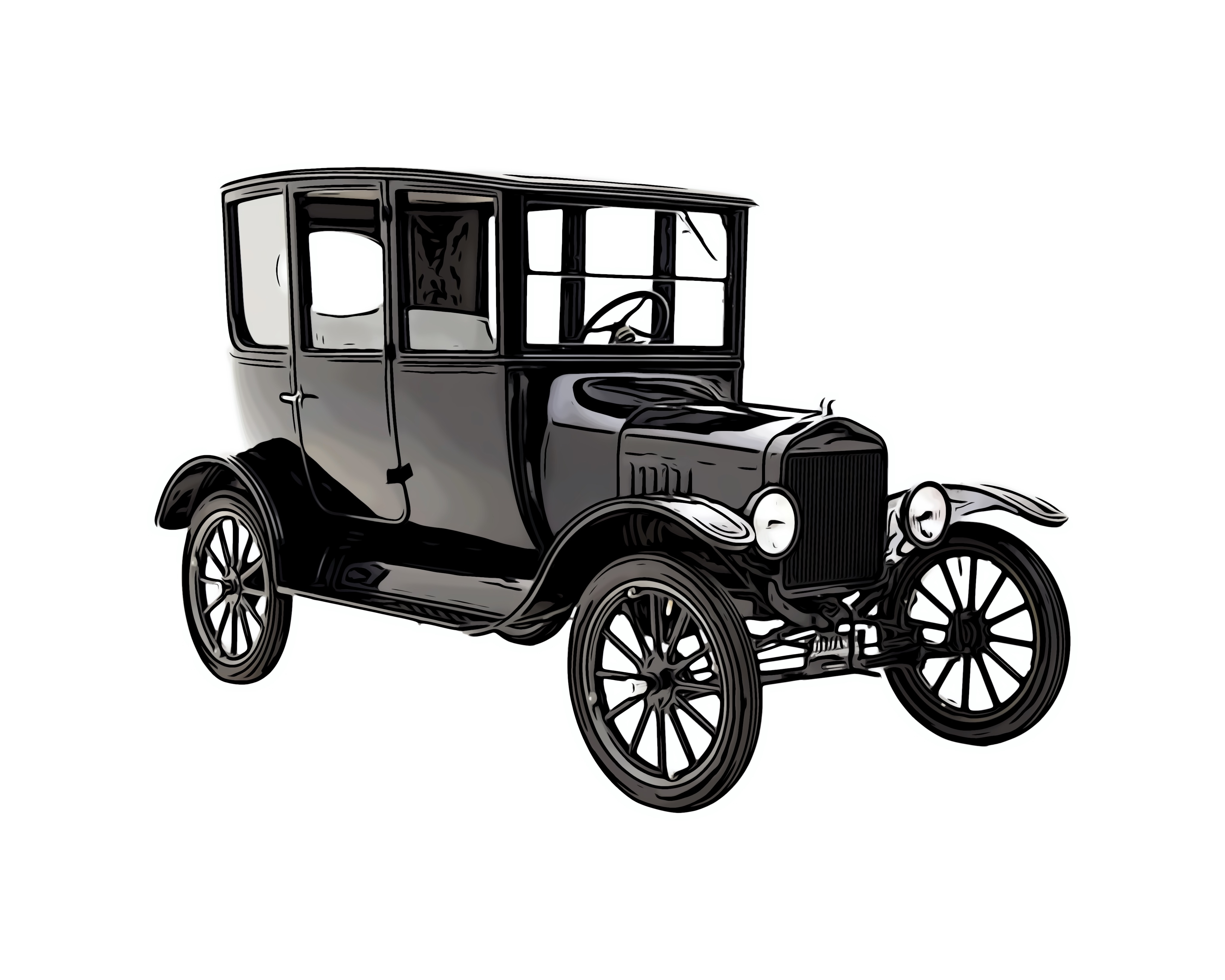 A few decades later, the first automatic conveyor car wash opened in Hollywood, California. An automated winch pulled the car through the tunnel, with manpower providing the soap, brushes, and drying. Definitely progress, but still not fully automated.

A few years later, the first semi-automatic wash opened. Featuring an overhead water sprinkler used to wet vehicles down, three sets of manually operated brushes for cleaning, and an air blower for drying. The systems were becoming more complex, along with the cars they were washing. 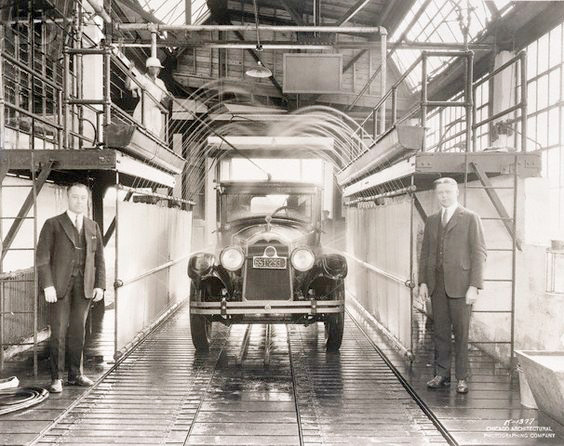 Dan Hanna opened his first carwash, Rub-a-Dub, in Milwaukie, Oregon. This was just the first of 31 Rub-a-Dub locations Hanna would build under Hanna Enterprises. A few years later, in 1959, he began developing and installing his own equipment in other people’s washes. By the mid-1960s, Hanna Enterprises was the world's largest carwash equipment provider. 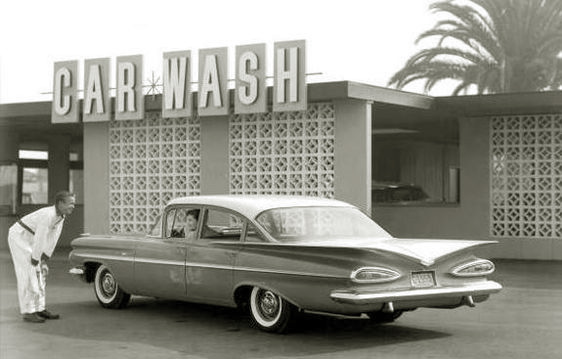 Car washing continued to grow in popularity. In 1994, less than half of all drivers reported last washing their vehicle at a professional car wash. By 2019, that number jumped to 77 percent.

Prompted by the rise in the subscription economy and increased volume of customers, car washes begin offering monthly memberships to customers. EverWash was founded in 2016 to make finding, purchasing, and managing a car wash membership easier and more accessible than ever.

According to the International Carwash Association, there are more than 60,000 car wash locations in the United States. More than 2 billion cars are washed yearly in North America, equalling retail sales of roughly $15 billion. EverWash has established the largest network of car washes in the country. 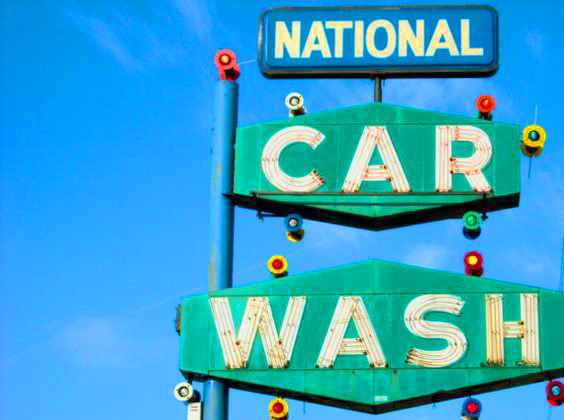