13 Spooky Cars That Remind Us of Halloween 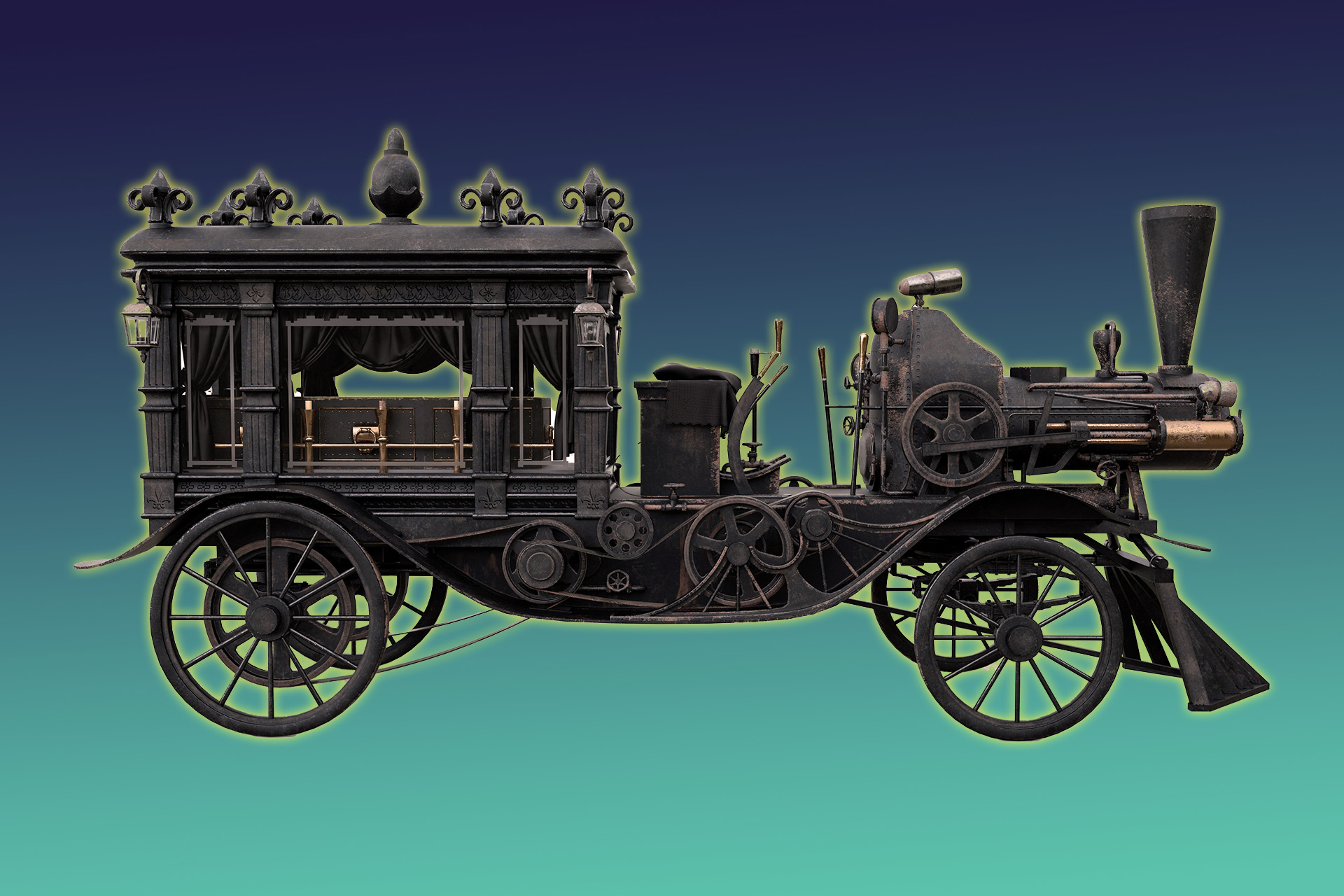 There's been a number of cars in media and real life that just scream "Halloween" — whether its their ominous names, murderous drivers, or killer looks, some cars just make your spine shiver. In honor of Halloween, here's EverWash's list of 13 famous spooky cars that make us think about the scariest time of year.

Unlike the Adam West TV show that preceded it, Tim Burton's version of the Dark Knight was considerably less campy. In "Batman" and "Batman Returns," he opted for his signature creepiness and over-the-top art direction. He designed a Batmobile that echoed Gotham City's signature Gothic architecture while sporting a jet engine under its hood. 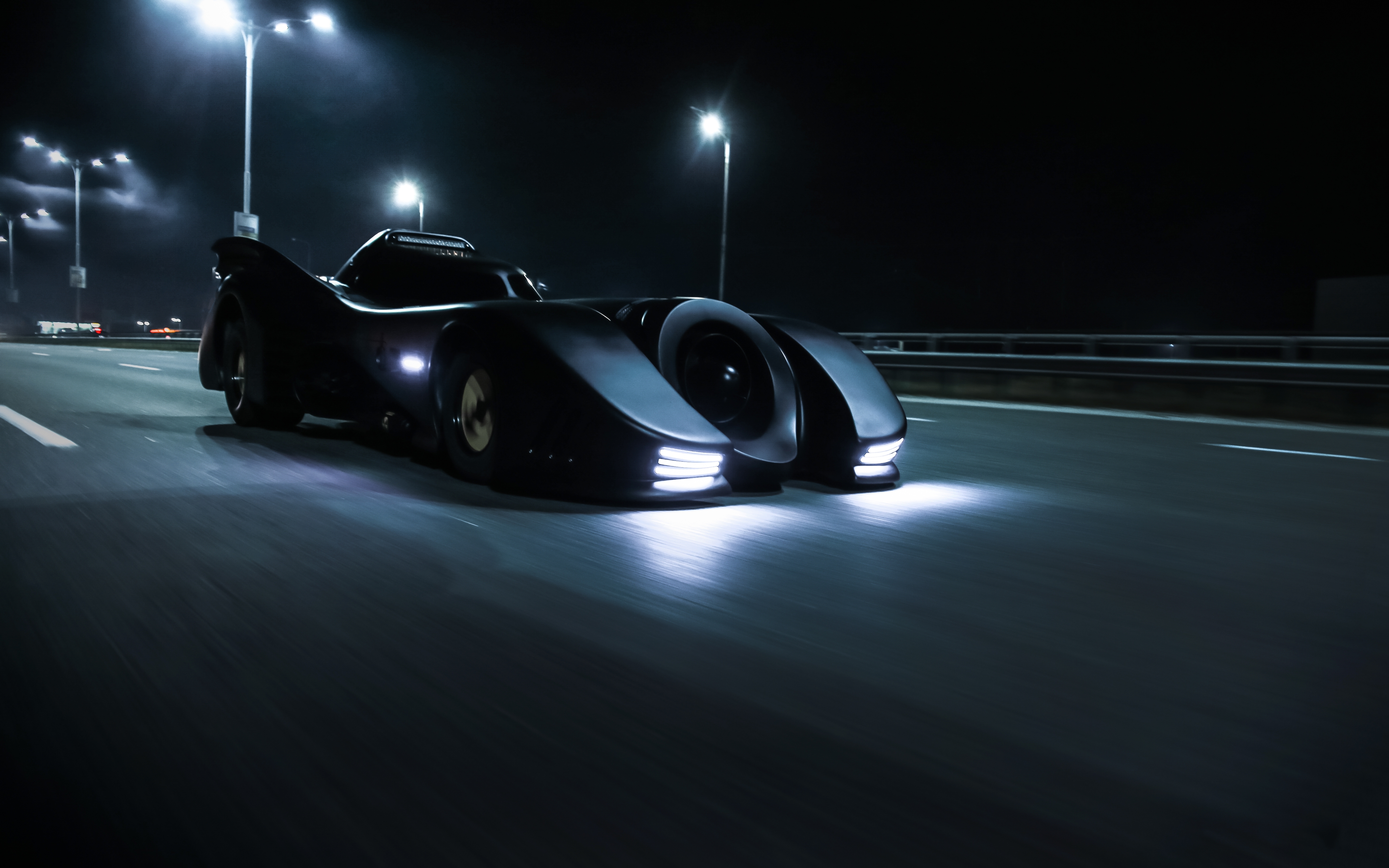 In the 1960's sitcom "The Munsters," the Munster Koach was the family vehicle of Herman, Lily, Eddie, Marilyn, and Grandpa Munster. A single model of this car was produced for the series' two-year run, along with the film "Munster, Go Home!" Air horns and lantern lights accompanied the car's ten-carburetor setup. 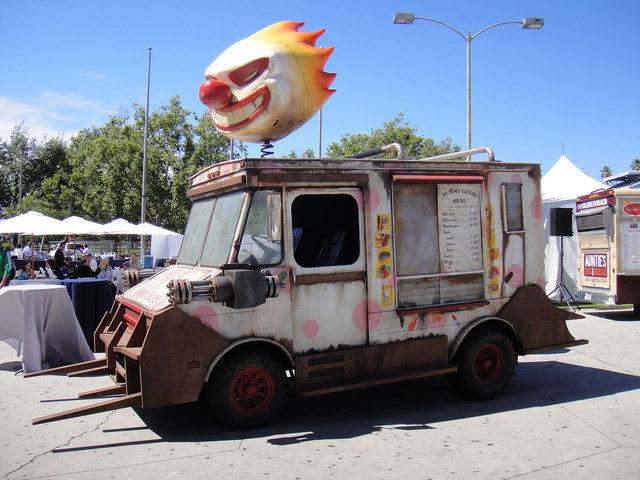 After Michael Meyers escapes from Smith's Grove Warren County Sanitarium, he commandeers a 1978 Ford LTD Station Wagon driven by Dr. Sam Loomis and a nurse. Throughout the film, Meyers uses this unassuming vehicle to stalk his victims around Haddonfield, Illinois.

Knight Rider fans all remember KITT, the world's smartest car. But do you remember KITT's evil twin, KARR? While KITT was designed to protect human life, KARR was designed to protect himself, making him ruthless and unpredictable. First introduced in Season 3, episode 6 of Knight Rider, KARR's showdown with KITT was one of the series' finest moments.

The 1970 Chevrolet Nova from "Death Proof"

Despite its tongue-in-cheek name, this stunt car driven by Kurt Russel kills dozens of people throughout its rampage in Quentin Tarantino's "Death Proof."

A list of spooky cars would not be complete without mentioning the Ecto-1, the signature ride of the Ghostbusters. As a result of the transfer of a Miller-Meteor Futura ambulance and hearse to a 1959 Cadillac Fleetwood Professional chassis, this iconic vehicle was something of a Frankenstein's Monster itself. 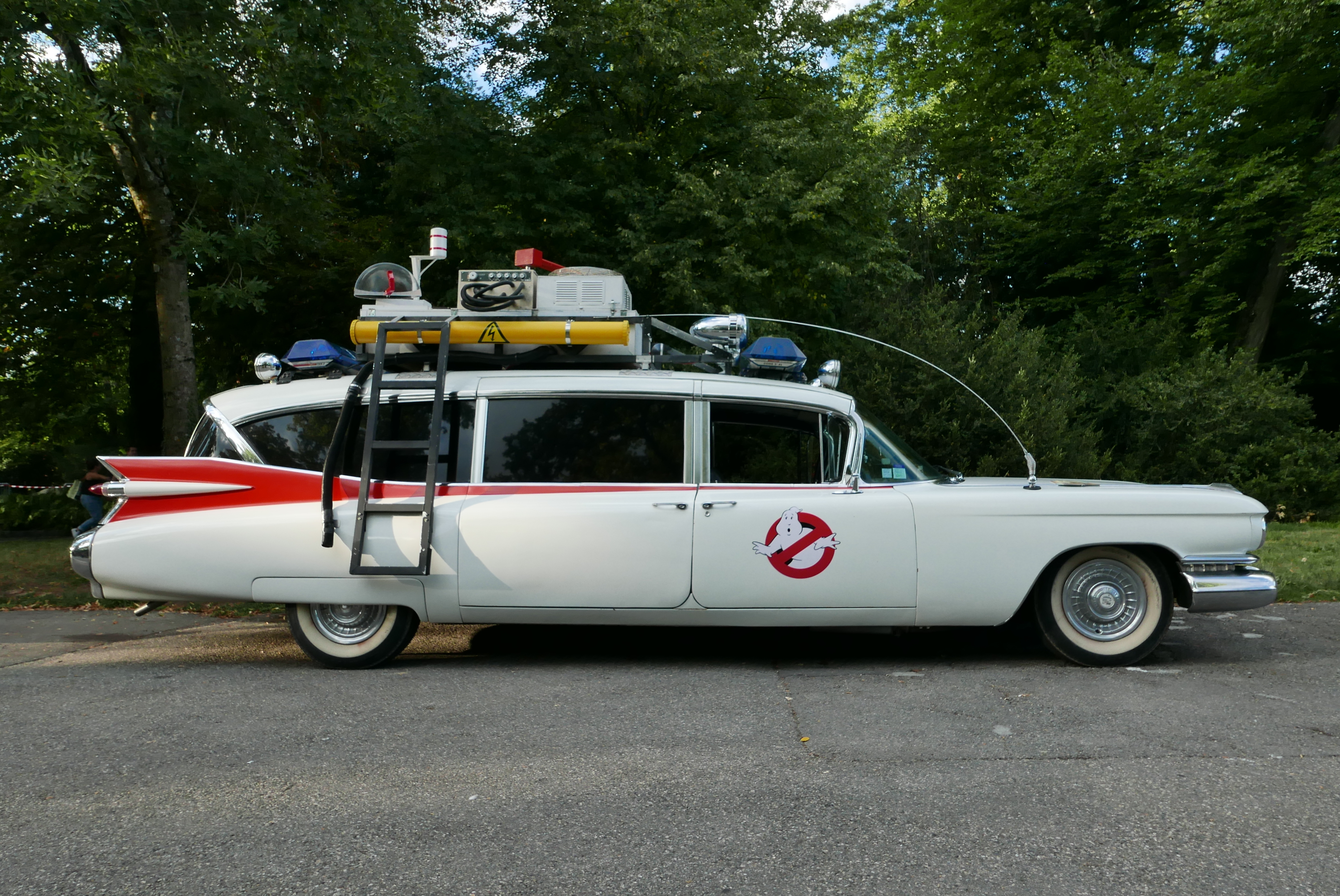 The Mystery Machine from Scooby Doo

More groovy than spooky, a certain gang of meddling kids and their talking dog have brought more than a few "monsters" to justice with this famous van. There hasn't been much change to The Mystery Machine since it first hit the scene in 1969, complete with a plush rug, lighting, and Scooby Snacks galore. 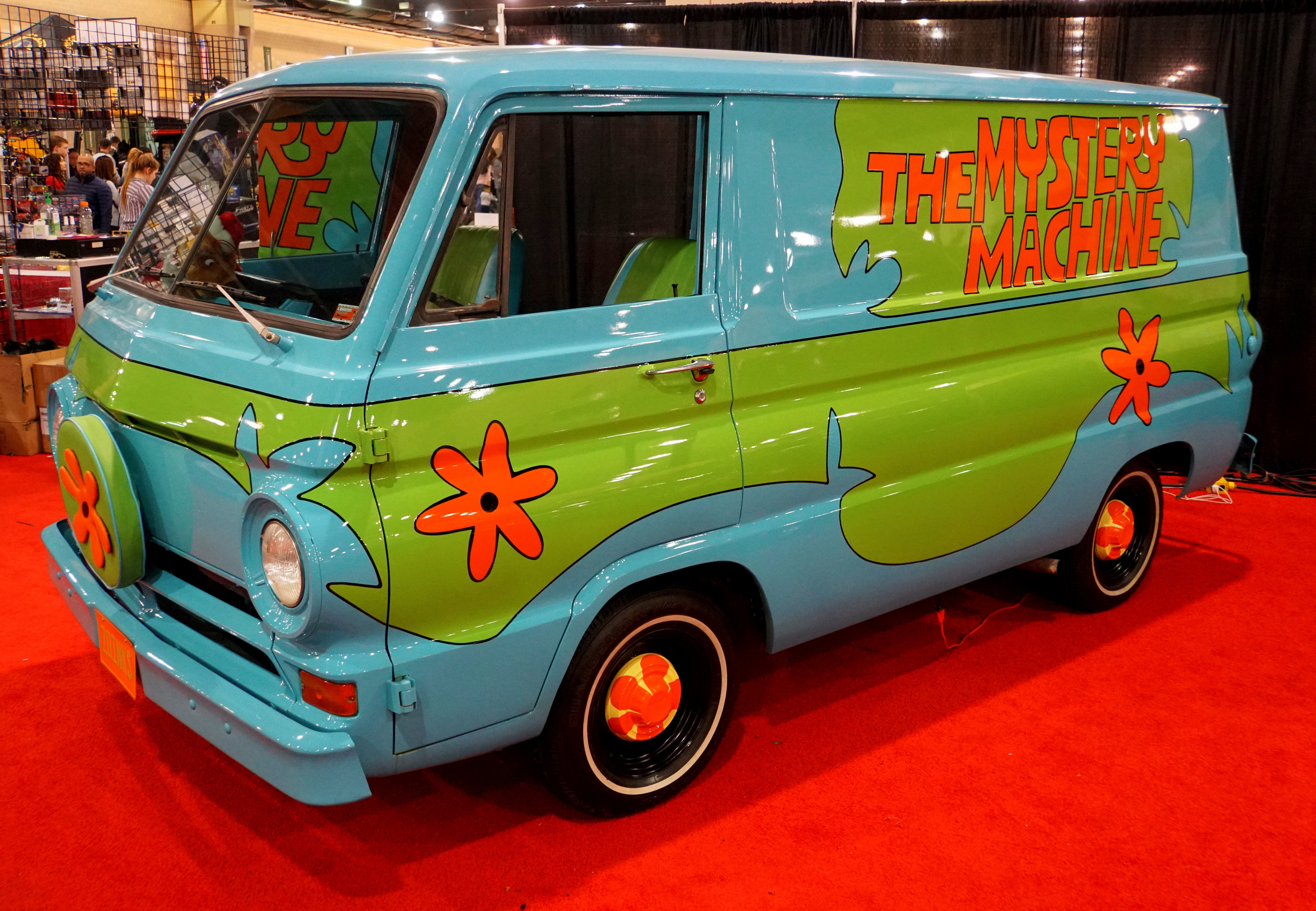 One of the scariest things about this car is that it was part of James Dean's real-life death. According to legend, Dean's 550 Spyder was cursed since several parts were linked to other auto accidents, injuries, and deaths. Alec Guinness, who played Obi-Wan Kenobi in the original Star Wars movies, warned Dean not to drive the car after he bought it, warning that it would kill him within a week. Dean would go on to die in an automobile crash seven days later. 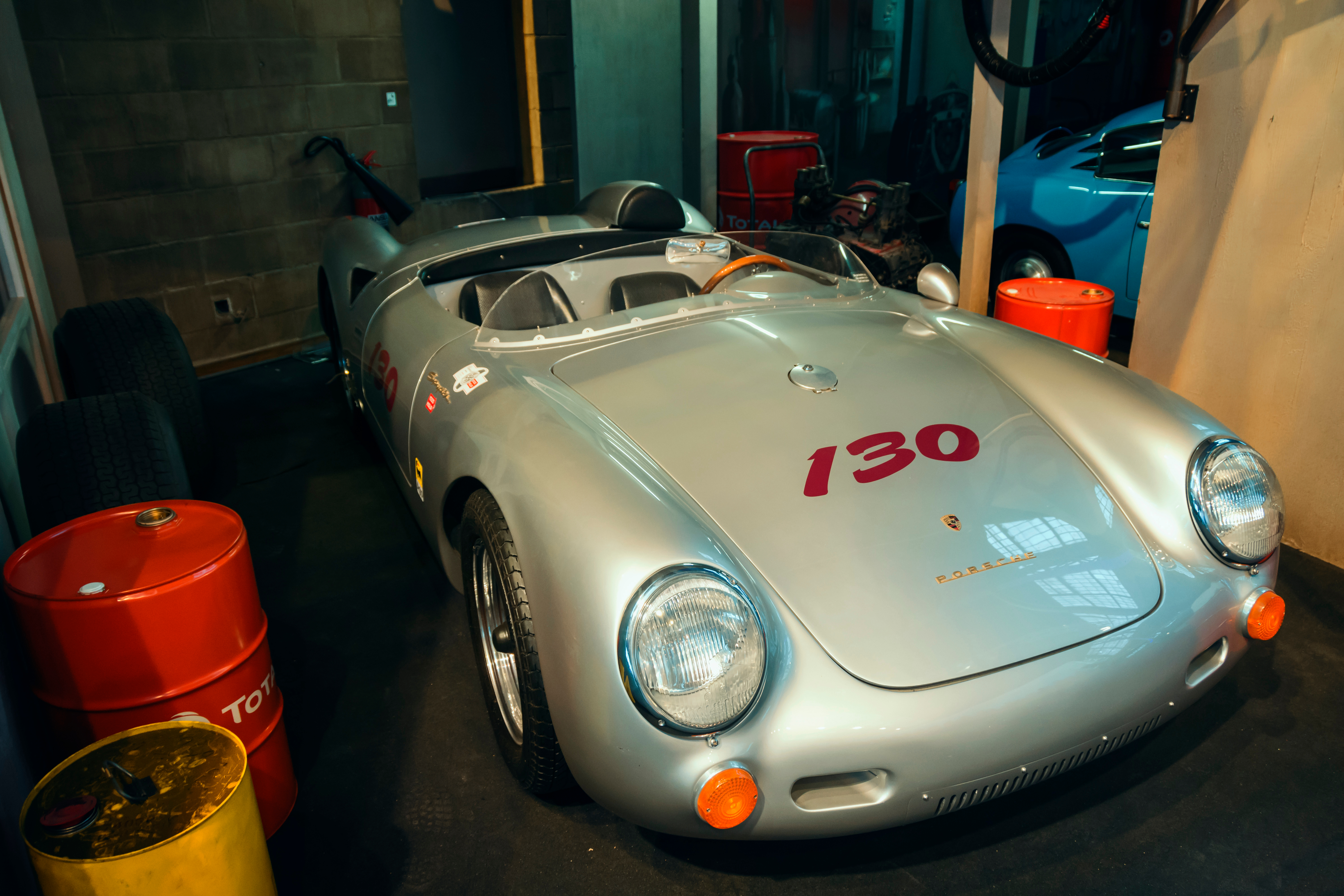 The 1958 Plymouth Fury from "Christine"

If you've seen this movie, you probably start to sweat when your car acts up. Christine is a vengeful and jealous car obsessed with whoever owns her at the time, based on a Stephen King novel of the same name. If you haven't seen the movie, Christine isn't a human but rather a 1958 Plymouth Fury bent on murder. On the bright side, the car can repair itself, making it easy to take care of once you've washed the blood off the grill.

The Creeper Truck from "Jeepers Creepers"

Once a Creeper Truck appears in your rearview mirror, you know you've got trouble: its rusted, dilapidated appearance and a vanity license plate reading BEATNGU indicate evil. The Creeper looks like a rustbucket, but it can move and is difficult to outrun. Good luck escaping the booby traps concealed within the truck once you've been caught.

If you're looking for a car to blast "The Monster Mash" from on Halloween, you'll want to check out the famed Doof Wagon. A massive stack of speakers on wheels, this 16-wheeler is manned by Citadel War Boys and Coma the Doof Warrior, a blind metalhead who plays a flame-throwing guitar to inspire raids and attacks. It also has room for four taiko drummers.